Who will pay for the big pie promised by G7?

In the communique the G7 Summit released on Monday, the club of developed Western nations vowed to launch a global infrastructure initiative.

The Build Back Better for the World initiative was proposed by US President Joe Biden to help meet the tremendous infrastructure needs of low and middle-income countries. In the communique, the G7 leaders claim that this initiative is values-driven, high-standard and transparent infrastructure partnership led by major democracies to help narrow the $40+ trillion infrastructure need in the developing world, which has been exacerbated by the COVID-19 pandemic.

It is estimated that to implement the initiative will entail an annual investment of between $1.5 trillion to $2.7 trillion for decades. Which begs the question who will pay for it.

According to the latest data the International Monetary Fund released in April, Japan's debt is 2.56 times its gross domestic product, and the United States' debt is 1.33 times its GDP. The national debts of Canada, France and the United Kingdom are also higher than their respective GDP.

Although some say private investment will be the main source of funds for the initiative, it remains to be seen how the governments will convince private investors of the profitability of these projects, that have been awaiting funds for decades.

The US has hoarded at least 1.3 billion excess doses of COVID-19 vaccines, some of which will expire soon. Given Washington's parsimony in providing vaccines for other countries, including its allies, it is justified for the people to question how bona fide the initiative is.

As former suzerains, France, Germany and Italy would like to make Africa the major beneficiary of the initiative; Japan's focus is on the Indo-Pacific; and as well as the Indo-Pacific, the US is also looking toward Latin America.
Their differentiated targets reflect their common goal of using the initiative as a geopolitical tool to serve their own immediate interests, rather than for the common development of the world.

Undoubtedly, Washington is trying to counter China's Belt and Road Initiative by proposing such an initiative and attempting to make it a bond in its clique politics. No wonder many in the G7 worry that the initiative might become a "Biden trap" for not only the developed countries, but also the less-developed economies, as it is totally politically driven and highly conditional for participants.

That said, the European countries should be wary of the possibility of they being economically abducted under a lofty banner by the US administration's selfishness.

Notably, Washington has tried to encourage private investment to upgrade infrastructures at home for years, and it had tried to engage Japan and Australia in similar infrastructure initiatives for the Asia-Pacific. But none of them has produced concrete results.

We wait to see how Biden will stuff the big pie he is promising. 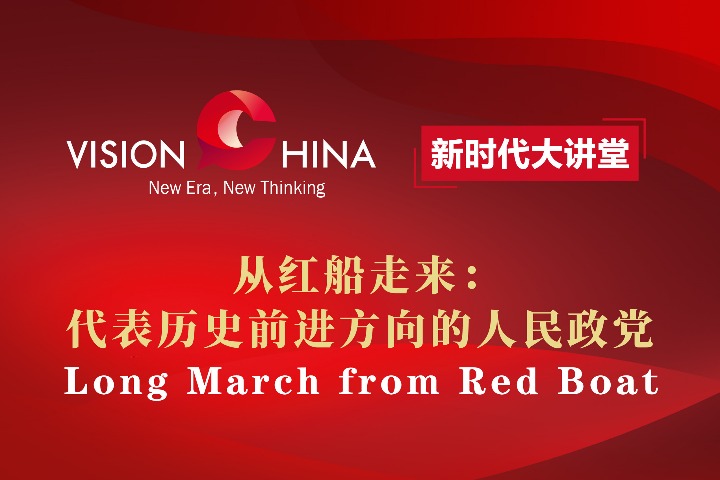 Coming up: A savory tour to Ningxia - toast to Goji

A 'genocide' that is increasing the population of targeted group